Aneurysms occur when a blood vessel wall weakens because of the continual flow of blood through it, similar to a balloon that has a weak spot. As it weakens, it can develop an unusually large bulge. 13,000 deaths occur every year from aneurysms. These conditions are life-threatening and most never cause symptoms, so you are unaware that you even have one.

Though they can occur anywhere in the body, they are typically found in the legs, spleen, brain, and aorta. Rarely, aneurysms grow large, leak, and then rupture. This is extremely serious as it causes what is known as a hemorrhagic stroke or bleeding if an aneurysm is in the brain. A ruptured aneurysm anywhere can lead to a coma, permanent damage to the brain, cerebral vasospasm or diminished blood flow up to the brain. 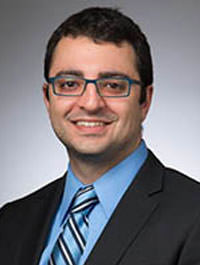 Dr. Shirvani is a vascular surgery doctor serving the DFW metroplex. If you are having any pain or issues related to your veins or arteries contact his office for a consultation.

Whiles specific causes of aneurysms are unclear, certain elements contribute to them. Damaged artery tissue often plays a role as they become damaged by blockages like fatty deposits. Fatty deposits can signal the heart to pump harder than it needs to increase the blood flow around the buildup. The increased pressure can harm the arteries.

People with atherosclerosis develop plaque build-up inside their arteries. Plaque, a thick, hard substance injures the arteries. This damage prevents blood from flowing through them freely.

Aneurysms form over time as we age. They are more common after 40 years of age. Birth defects in the blood vessel may contribute to their development. Aneurysms often develop where blood vessels fork or branch off because these areas are weaker. Many form at the base of the brain.

Aneurysms commonly occur in a few places in the body:

The size of aneurysms in the brain varies. Mostly, they develop within blood vessels located deep within the brain. They may not elicit any signs or symptoms. Usually, people never know that they have one. Brain aneurysms cause bleeding in around 3 percent of the people they affect.

Brain aneurysms don’t usually cause symptoms but press on the nerves and brain as they grow. Seek emergency attention immediately if you lose consciousness, have a sudden, intense headache, or have any other the following symptoms of a ruptured aneurysm:

A variety of factors affect your chances of having an aneurysm such as your lifestyle and medical history. People over 60 are more at risk.

How Aneurysms are Diagnosed

Several tests are used to diagnose aneurysms, especially brain aneurysms. Ultrasounds and CT scans are utilized to find all aneurysms. These tests provide images of the inside of the body and allow doctors to view what condition the blood vessels are in. They also show bulges, weak spots, and blockages inside the arteries and veins.

Other tests used to diagnose brain aneurysms are MRI scans, a Cerebrospinal fluid test, and Angiograms.

Treatment methods depend on where an aneurysm is located and what type it is. Generally, medications are used to control high cholesterol and blood pressure. Medicines called beta-blockers lower blood pressure which may keep any aneurysms from rupturing.

This is a surgery used to repair weak vascular areas in the abdomen and chest. Its minimally invasive and reinforces and repairs the damaged vessels. Because it is not an open surgery, it reduces the risk of scarring, infection, and other issues.

This procedure is for ruptured brain aneurysms and involves removing a section of the skull. Surgeons place a metal clip on the aneurysm’s opening to shut off the flow of blood. The skull is then repaired.

Another procedure for ruptured brain aneurysms, this does not require the opening of the skull. A catheter is inserted into your groin, so doctors can reach the blood vessel with an aneurysm. Tiny platinum coils are then inserted into an aneurysm.

They conform to its shape and stop the flow of blood. This procedure is often safer than clipping but increases the chance that an aneurysm may begin to bleed again later.

Another solution for a ruptured brain aneurysm, this surgery is used for large brain aneurysms where the coiling and clipping did not work. Doctors insert a stent, typically metal mesh, into the artery. The stent becomes a wall within the blood vessel that diverts blood flow around an aneurysm.

It's difficult to prevent a serious illness when we don’t know why it occurs for sure. However, quitting smoking, limiting caffeine, not using stimulant drugs, and avoiding other things that raise your blood pressure will reduce your risk of rupturing an aneurysm.